...after a long trip and a bit of adventure at Atlanta. When we disembarked at the "B" terminal, we (I, that is - this was Anna's first time to fly, so she can't be blamed) forgot to check the monitor, and just went straight to the original departure gate for our next flight, in the "T" terminal. On the way, we took a wrong turn, though we followed the signs. We ended up having to go back through security. We finally made it to the gate in terminal "T", then checked the monitor, and found that the flight had been moved to the last gate in terminal "A".
Now we know....

***Joe Scarborough, of "Morning Joe", was on our flight from Altanta to Minneapolis***

When we arrived at our hotel we were inundated with "plunder." 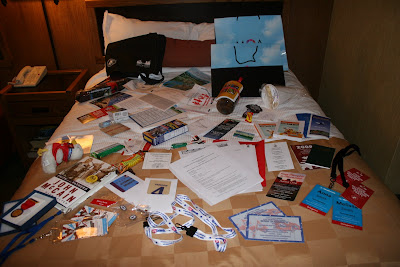 After changing from our travel clothes and sorting through the stuff, we were off to the "Civic Fest," Minneapolis' welcome party for the delegates. Think of all the best exhibits from the Smithsonian on display: a band wagon from the Ringling Bros. Circus, a HUGE dolls' house replica of the White House, Abe Lincoln in the flesh, FDR's limo....it was a great party - we would have been glad to stay longer, though our feet hurt now.

There were local musicians scattered throughout the convention center. They were very good players. A clarinetist in particular was phenomenal! We were going to get a picture of him - he was in a trio with a double bass and a banjo - but the lines were too long and they were gone by the time we made it over to the area they were in. 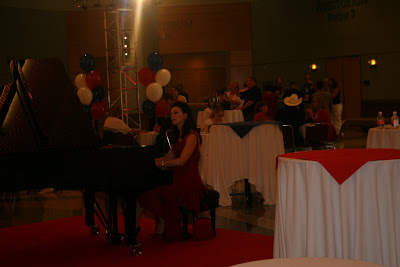 This is a big screen painting of the White House with a recreation of the Rose Garden in front.

oops! That picture disappeared - I'll put it back on soon. 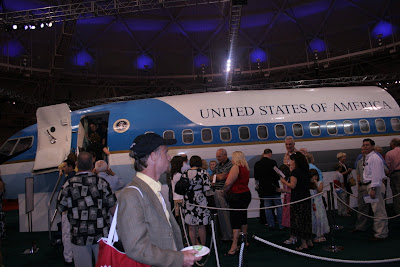 Gowns of the First Ladies. The rust colored one is the dress Mrs. Laura Bush wore while entertaining Prince Charles and Camille at the White House. 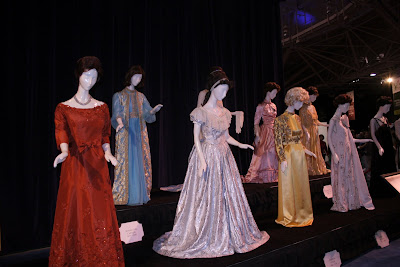 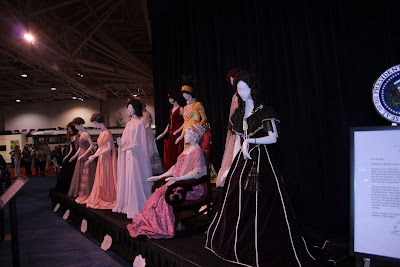 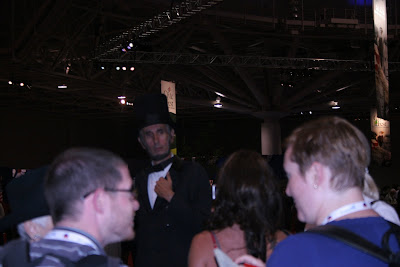 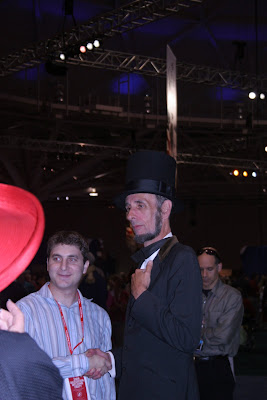 The son of one of the GOP national committeemen - we thought he was so cute! The press did, too, and were really rude, trying to interview him and his father while they were trying to look at the dolls' house. 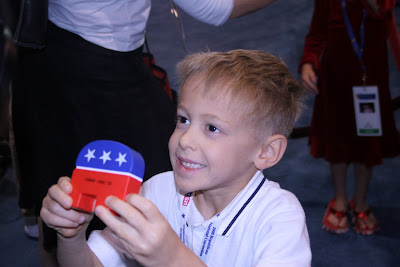 The to-scale replica of the White House. This was begun in the '50's, and has been updated to match the current administration's decorations. Our family actually saw this same model in the early '80's when it visited a mall near us in Houston, but I was too little to fully appreciate it then. 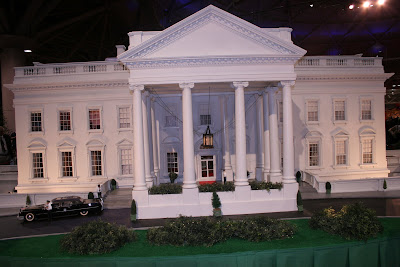 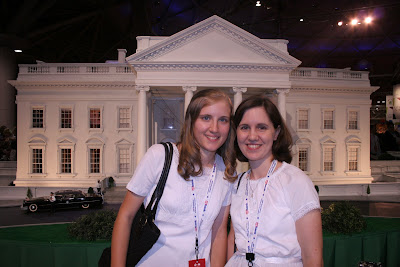 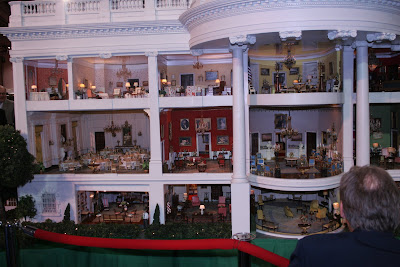 This is the miniature Oval Office. We were amazed at the level of detail throughout the model! Televisions and lights were on, the paintings had been recreated, there were papers on desks and smoke coming out of a chimney! 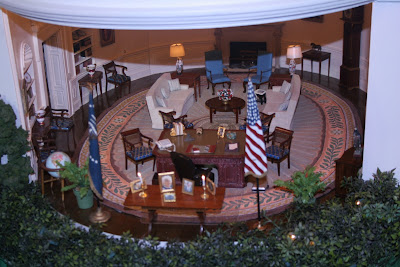 We came across David Barton (in the cowboy hat), historian and president of Wallbuilders. We loved hearing him speak at our homeschool conferences in Knoxville. 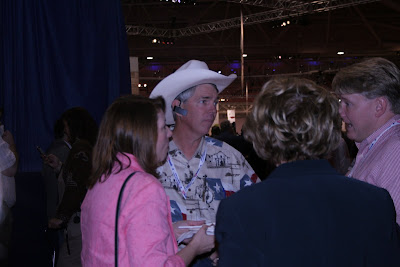 Here I am visiting with Mr. and Mrs. David Hathaway from Rhode Island. Five years ago their daughter Connie was in a string workshop quartet with me. It was fun to meet them! Mr. Hathaway was the Rhode Island coordinator for the Huckabee campaign during the primary. 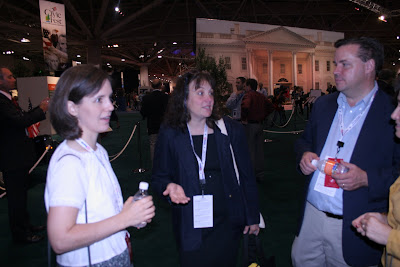 The chefs preparing the best roast beef sandwiches ever! Mine had a Carribean sauce on it, and was delicious! The story turns tragic, though. We set them down to talk with a friend, and when we turned back around someone had cleared them away. I had gotten only one bite of mine! We were too embarrased to go back for another. Sad. At least the hors d'oeuvres were plentiful! 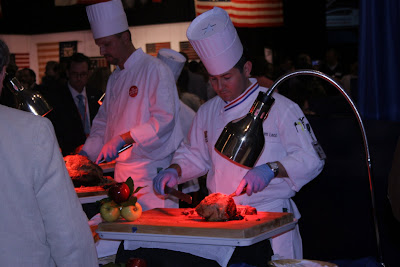 We weren't exactly in the Oval Office, though it does look as if we were! 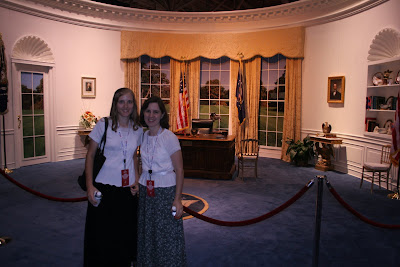 We met a lot of famous people... 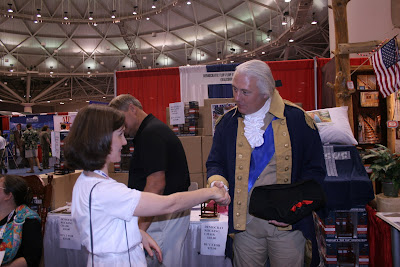 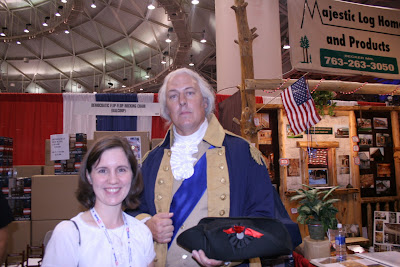 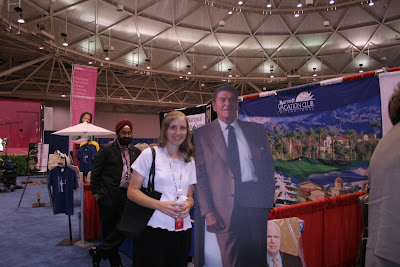