I thought I'd post about the first part of our day while I had a few minutes before we leave for the next event.

It started with breakfast at 7:30 again. Today the Tennessee and Alaska delegations were together for breakfast. We knew that former New York Gov. George Pataki would be speaking to us after he arrived but we didn't know who the other speakers would be. 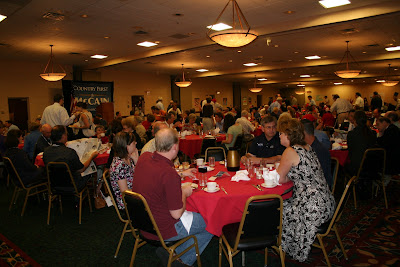 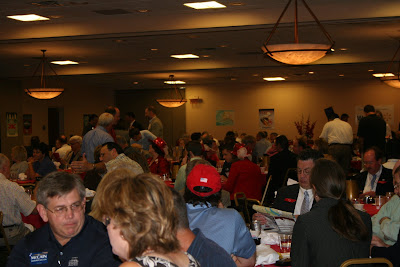 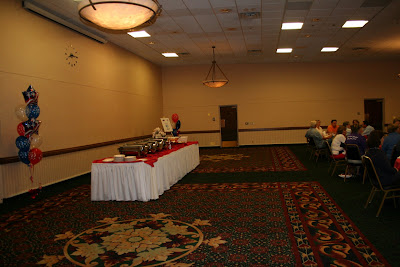 Our Lt. Gov. Ron Ramsey introduces the first speaker: Tom Moe, a Vietnam veteran and cellmate of John McCain's when they were imprisoned in the Hanoi Hilton. Mr. Moe is a very close friend of Sen. McCain's. He shared some very gripping stories about their experiences as POWs. He said that when they were in solitary confinement and heard another prisoner walking by, they would put their hands under the door and wiggle their fingers to give them encouragement. He also shared what he remembered about one time when John McCain was being brought back from a beating. McCain could hardly walk, but when he saw Tom Moe, he gave him a "thumbs up." 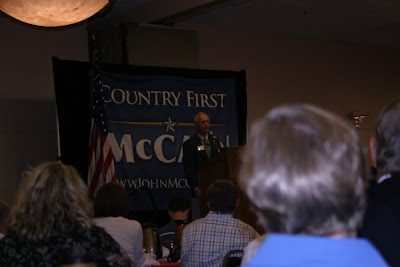 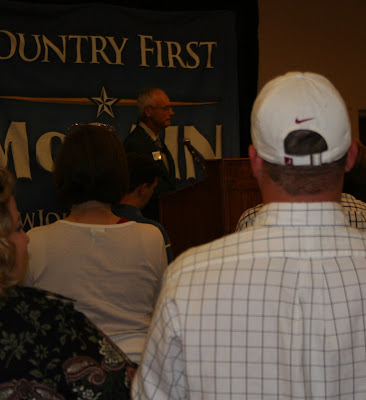 The next speaker, much to our surprise, was none other than Joe McCain, Sen. McCain's younger brother! 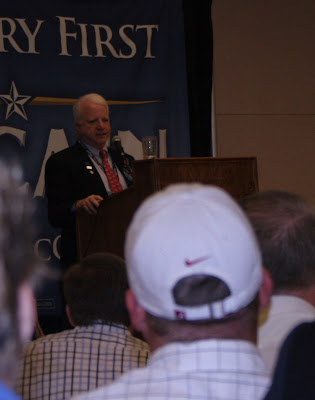 He looks and talks very much like John McCain, and has a great sense of humor 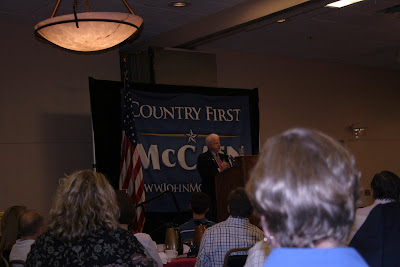 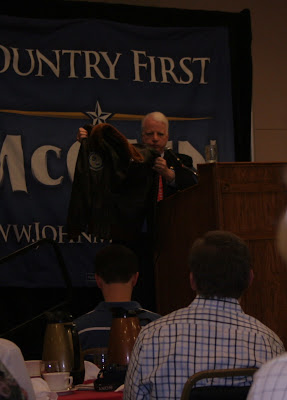 A standing ovation for Joe McCain 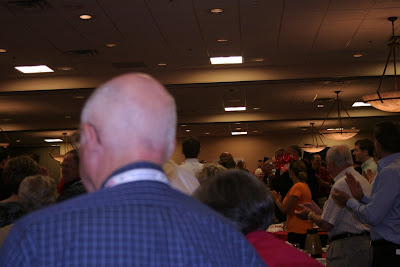 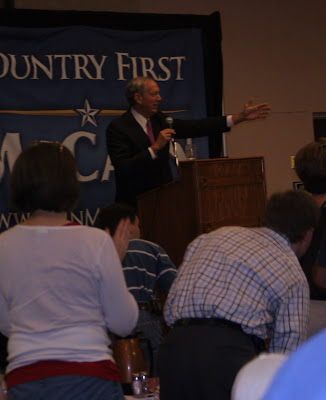 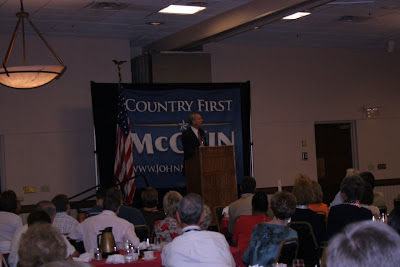 I went to the back to take some pictures and got to speak with Mr. Moe and Mr. McCain! 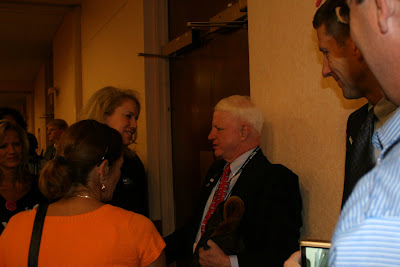 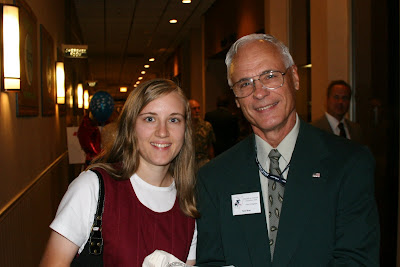 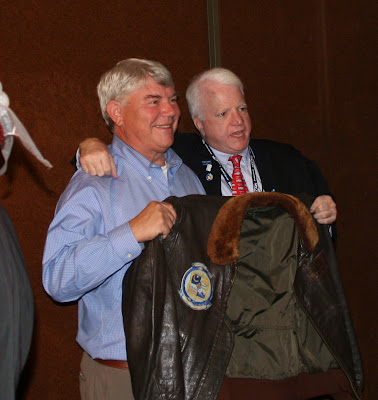 Someone took my picture with Mr. Joe McCain and promised to email it to us later.
Posted by Anna at 11:06 AM 2 comments: