Fox News' huge tent in front of the Xcel Center 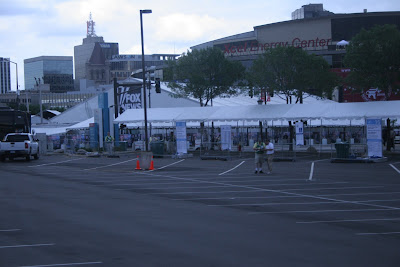 Fox's huge TV screen outside of the Center 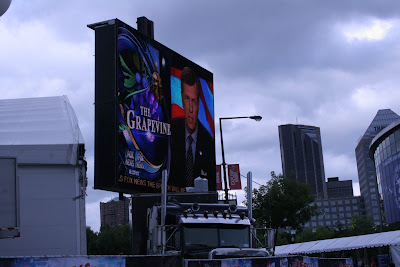 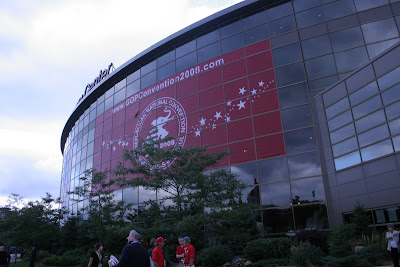 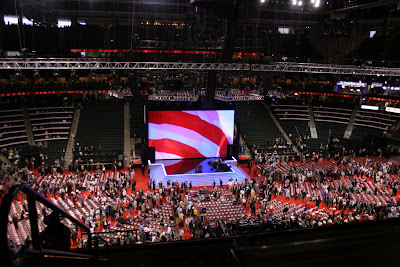 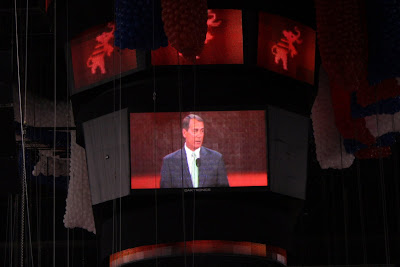 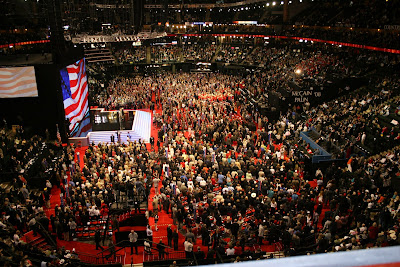 Karl Rove on the O'Reilly Factor 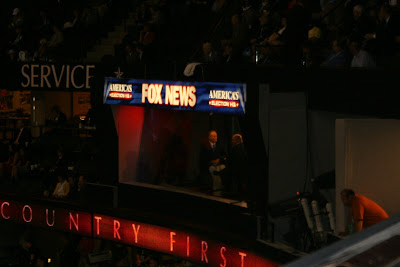 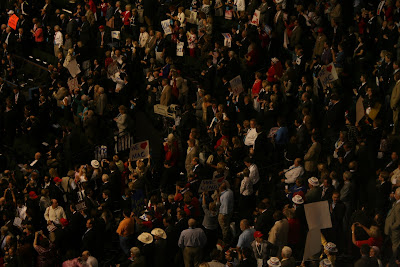 This is Nikki and her father. Nikki was brought to the United States by Mrs. McCain and adopted by the McCain's friends. 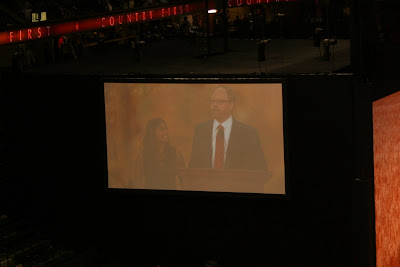 A video about Teddy Roosevelt 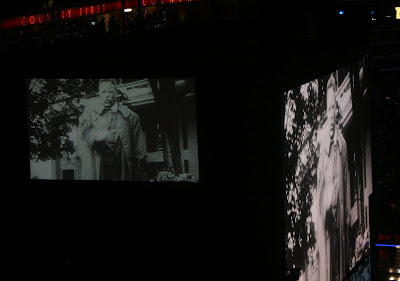 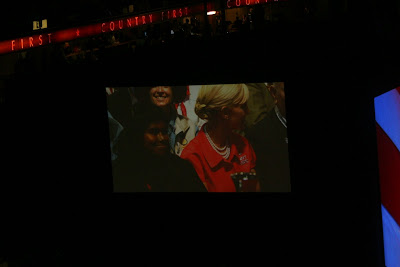 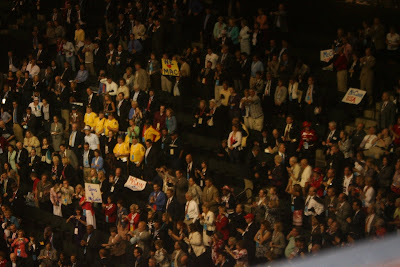 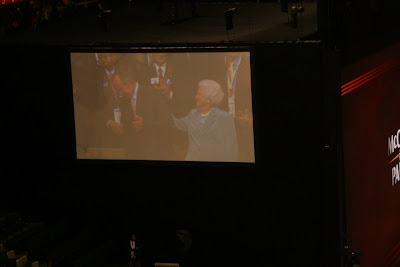 Members of the media are everywhere 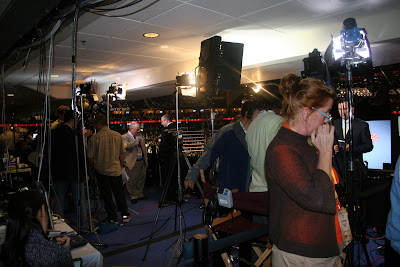 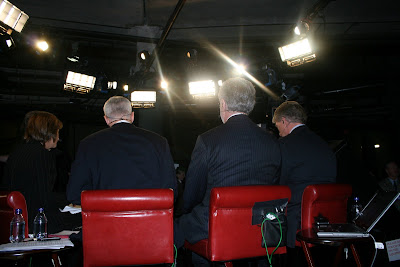 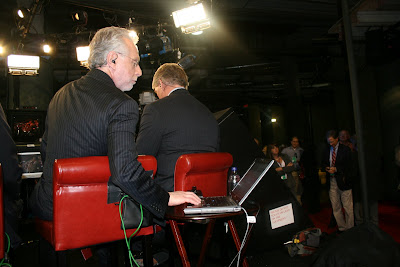 We both had a chance to be on the floor tonight. This shot of Laura Bush was as close as I could get. It is terribly crowded down on the floor. 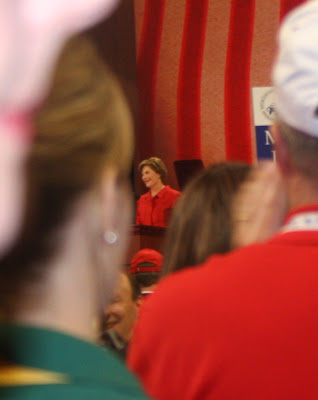 I love this lady! 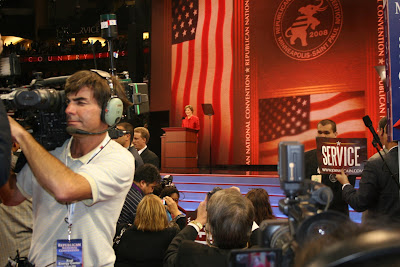 With the Tennessee delegation on the floor. This is Senator Bob Corker and Congressman Zach Wamp. 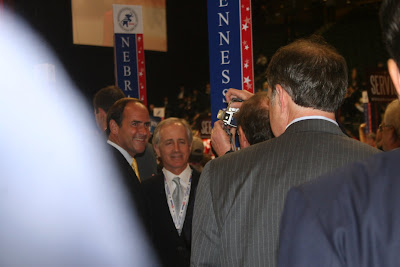 The President speaks (via satellite) 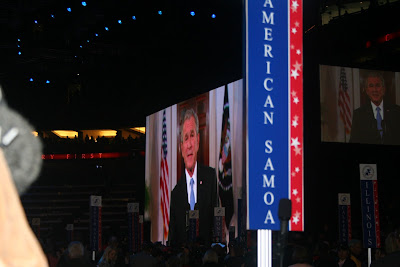 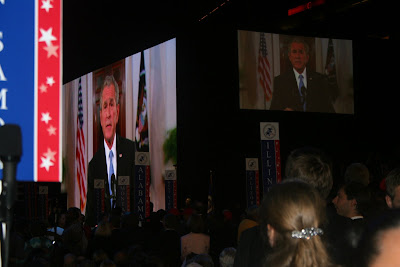 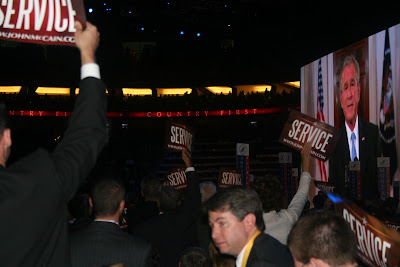 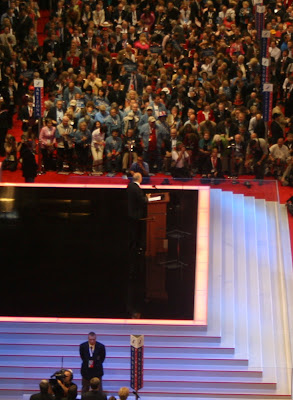 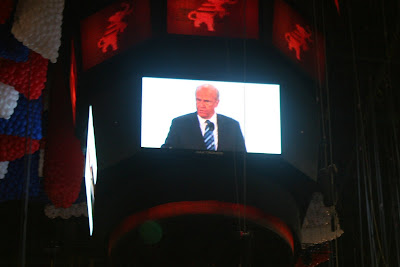 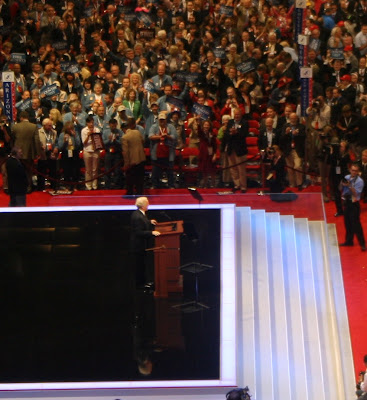 The VIP seating area
Cindy McCain, George H.W. and Barbara Bush and Fred Thompson are on the front row, with 4 of the McCain kids and their grandmother behind them. 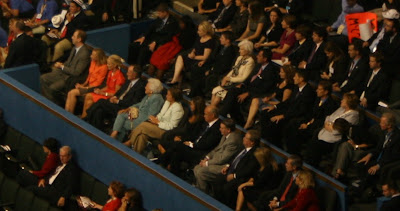 You can watch videos of the speeches at www.gopconvention2008.com/videos/
Posted by Anna at 12:39 AM